Episode three of the series is entitled “Jungles.”

“In the past 50 years wildlife populations have, on average, declined by 60%”

Narrated by the voice we all love, David Attenborough, the Netflix original docu-series One Planet has enough stunning scenery to wow the senses and inspire you to double-down on your save-the-planet efforts.

Sit back and enjoy a wondrous immersion into bountiful life — the biodiversity of this episode is breathtaking.

This episode covered various jungle habitats in the world and featured some of the unique plants and animals found there. Jungles play a vital role in the health of our planet and we are losing them at an alarming rate. The recent man-set fires burning in the Amazon have been photographed from space.

“Jungles capture and store more carbon than any other habitat on Earth” — “we lose them at our peril.”

We begin this episode in the Congo with some of the most stunning footage of gorillas and elephants that I have ever seen. (Prepare for cuteness overload on some of it!) The Congo is second only to the Amazon in terms of size, but is a relatively young jungle. Poaching threats ravage these species. We’ve become numb to hearing it, but not after watching this footage — their plight will stay with you. The beauty of the Congo truly touched me.

New Guinea, I’ll be honest, I didn’t have a lot of knowledge on — but I was stunned and swept away by the species covered in this episode. Because it is such an isolated (island) environment, the biodiversity there has flourished into wildly interesting ecosystems. Birds of Paradise put on a colorful, mesmerizing show both for their mates and for the Netflix viewer. I could not take my eyes off of them.

Borneo — the oldest rainforest in the world and home to the velvet worm. Sci-fi fans will fall in love with this “gun-slinging” creature. You just have to see it to believe it. Some of the most intricate symbiotic plant-animal relationships are covered beautifully. Time-lapse filming is stunning as the growth of fungi brings intense and varied color to the circle of life. 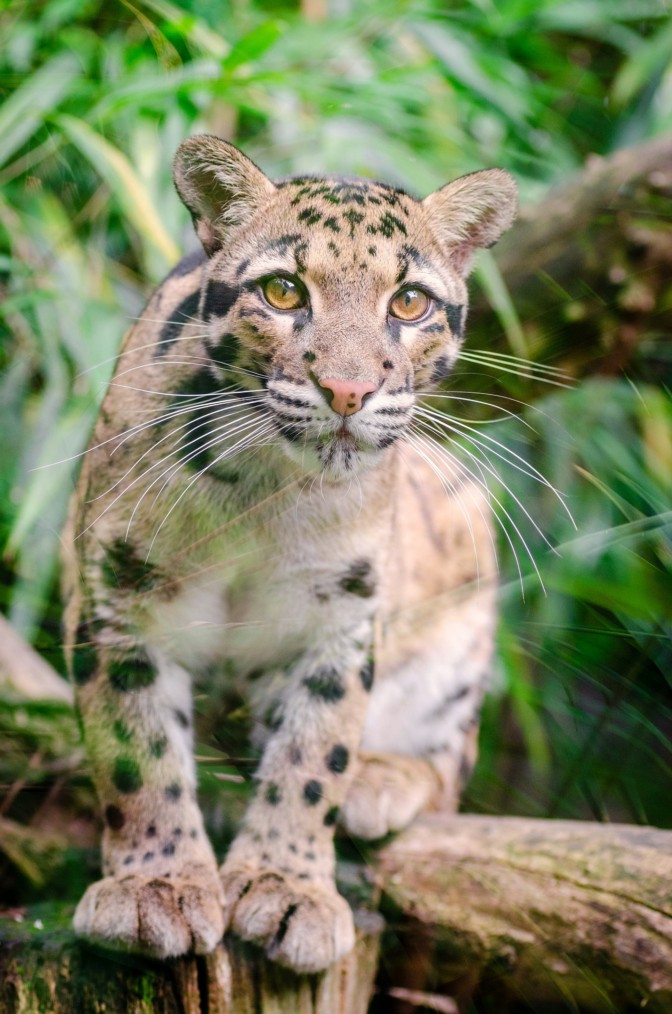 The Philippines rainforest, now deforested more than 75%, featured a story on the most endangered bird of prey in the world.

The Amazon — the largest rainforest on Earth and home to 50% of the Earth’s tropical forests. Watching this portion of the series was fairly emotional for me knowing the current situation in the Amazon with forest fires raging at the loss of precious biodiversity, perhaps species being lost that have yet to even be discovered.

“Tropical forests are the richest habitats on Earth — exactly how many species rainforests contain is unknown but it likely runs in the millions. And new ones are discovered every week.”

Overall this episode was gripping, fascinating, interesting, and with a forward-flowing story-line that pulls you through it like a good movie. There weren’t the brutally painful scenes of the first two episodes — but we all know the jungles are in peril. The feeling of loss is palpable even as you are drawn into the story of these fascinating species and enjoy the breathtaking scenery caught on film.

Watching this series — I’ve said in previous articles — is highly recommended. With the plight of our rainforests, and at our hands, take some time to watch this episode and see the wonders all over again. You need to be reminded.

We need to be reminded.

Christina Ward is a poet, nature writer, and environmental scientist/naturist from North Carolina. Her studies and lifelong passion for the environment is a foundational part of her writing. Will you join her in this quest to live a more enriched life through a healthy relationship with nature? Stay in touch!

5 thoughts on “You Really Must Watch Netflix  Series ‘Our Planet’”

This site uses Akismet to reduce spam. Learn how your comment data is processed.